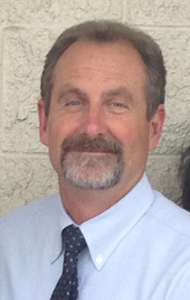 “Covenant Presbyterian Church has some things in common with the Baptist Church. We both believe that the Bible is God’s inerrant Word, and we both believe in the Trinity and that we are saved from God’s wrath only through trusting in the saving work of Jesus Christ. But when I joined the Orthodox Presbyterian Church in 1998, it was because I was looking for a more reverent and deeper worship service that focuses more on the Lord. I really appreciate the sermons that tie the Old and New Testaments together and that remind us that our salvation does not depend on how good a Christian we are, but instead relies on Christ.”

Bill Mock was raised on a cattle ranch in Parker Co., which he still runs, and he is the owner of a feed and garden supply company in Grand Prairie. He is a graduate of Tarleton State University in Stephenville, as well as TCU. Bill has served as an elder at Covenant since 2002. He and his wife Vivian have been married for 33 years, and they have four adult children.